NOTE:  I no longer use the Palm Pre – please see my updated post here.

After having to deal with a bunch of rate increases on my AT&T iPhone 3G, I decided enough was enough, and went over to Sprint and the Palm Pre.

I was pretty worried at first, mostly with the provider – Sprint.  I had heard a lot of bad things about them over the years, and folks in the Seattle area just don’t seem to be that Sprint-savvy.  I had been on AT&T and T-Mobile for the last 9+ years, and had become used to their ways.

Suffice to say, after a bit over a week of use, the Sprint network has impressed me – much better call quality, and much faster 3G access around town.  Of course, part of that, I believe, has to do with the Palm Pre itself – it seems to be much snappier whether on 3G or Wifi for web browsing and other data-centric apps.

I used a T-Mobile G1 and iPhone for the last 2 years, and always hated that I couldn’t have more than one application open.  Flipping back and forth always required the app to reload or relaunch completely, and slowed things down.  The design always felt like you were in a different world every time you opened up something new.  Very inefficient, especially when you’re in a meeting killing time by reading emails, and then need to look something up to reply.

The Palm Pre’s webOS is definitely far superior than any of the others I’ve tried out there for this reason alone – having “cards” running in the background with whatever app you’ve launched is a great breakthrough for a smart phone.

I haven’t run up against the maximum application limit that so many folks have talked about, but then again, I don’t open up needless things like Twitter or Accuweather and leave them running – I only leave the most frequently used things open all of the time.  It’s so convenient to flip between things quickly to check on status – the Google Reader page with the most recent items of the day, Email to see what’s going on at work, and the calendar to see the day’s events coming up.

The other really cool feature is Synergy – glomming all of the calendar and contact information into one unified view.  I only have one calendar, but I experimented with my Google Apps Calendar and it worked flawlessly.  One neat feature is to turn on the weather info on your Google calendar, and have it appear at the top bar of your Pre’s calendar app.

Synergy really shines in the way it combines contact information.  It found several folks in my Google Apps mail account and also in my work Exchange account and combined their contact information together.  That combined with Universal Search when you’re looking for someone has saved me a huge amount of time making phone calls – this sort of integration was mediocre at best on the G1 and iPhone.

The physical quality of the Palm Pre is a bit disappointing and I think it would be my only negative experience so far.  The keyboard seems cheap and the buttons are shiny, which is nice in the dark, but completely useless in brighter light – they all reflect horribly.  The case itself also feels very plastic, and I doubt it would survive as long as the more robust G1 or iPhone.  Nevertheless, at the rate I go through phones (currently down to 2 a year I think – close friends who are reading this might say different!) it won’t likely be an issue for me.

The lack of control over sounds is disappointing as well, but there are apps in the Homebrew store that allow you to get around this, and I expect Palm will have to add this eventually.  Having the same noise for any sort of event, calendar, SMS, or note is just plain dumb.  And the stock sounds on the Pre are so quiet you have to be totally quiet to hear any of them.  Again, the Homebrew apps save the day.

I’m looking forward to the new version of webOS due out in the next few weeks, which will re-instate iTunes syncing as well as add a bunch of new features.  I have found the best resource on the ‘net for following Pre news is http://www.precentral.net/ – good articles, excellent forums, and daily updates on Pre related news.

The other thing that has really impressed me is how stable and reliable webOS is – after all, it’s only been out in the wider masses for a short period of time, and yet it is faster and less crashy than the G1 was for the first 6 months.  I’m sure as new things are added, it will slow down a bit, but I’m pretty happy with it now, so I expect stability will only increase as more folks use it.

Hopefully this phone and provider will last me a couple of years!  Here’s hoping ?

After only a few weeks, I’ve found a number of things wrong with the Palm Pre I posted about back in September. I know, I know, I switch phones 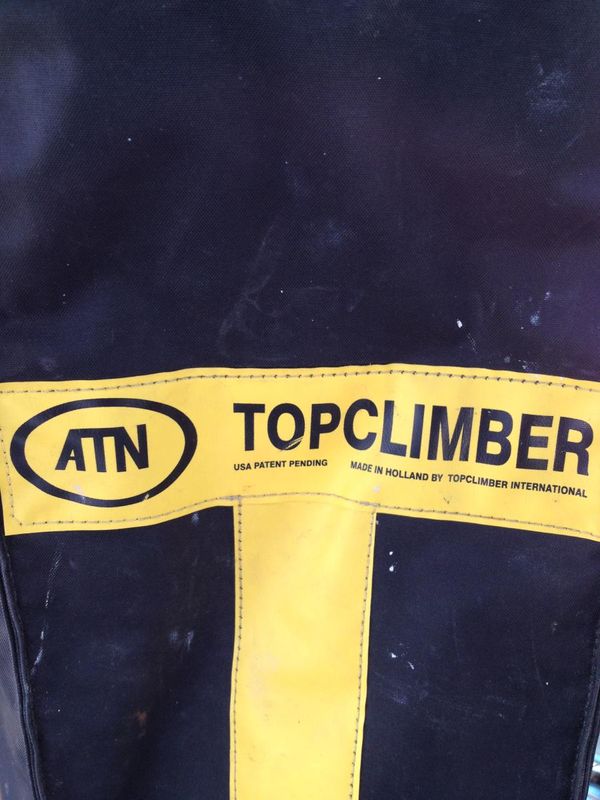 Over the last few weeks, I’ve had to climb the mast of my sailboat to get at some things that were broken, and also to install a new system